A 500-square-foot vintage log cabin is the centerpiece of lakeside living in the Montana mountains. 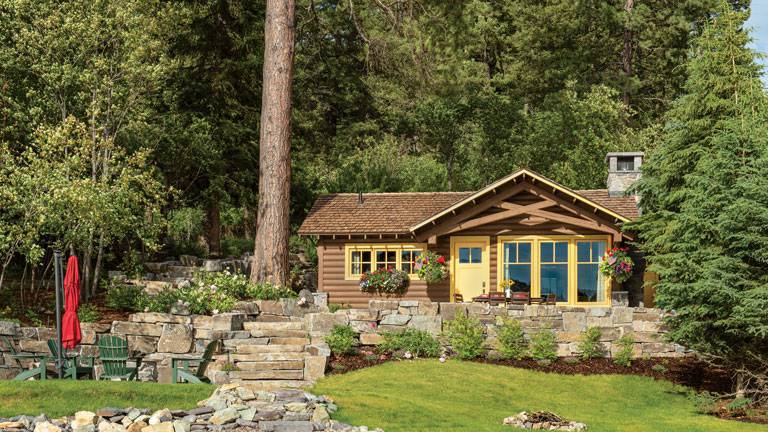 The Dixons drew inspiration for their colors and materials from the historic cabins in nearby Glacier National Park. 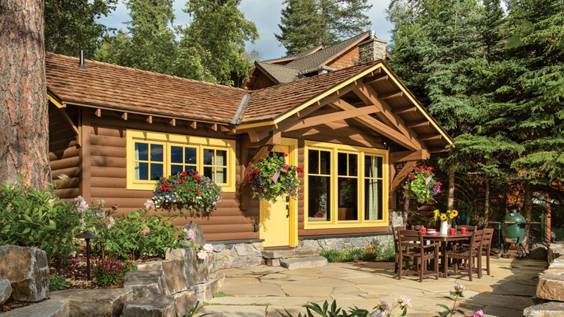 The entry’s newly added timber gable over a bright yellow door plus a trio of vertical windows create the perception of height. The custom half-log siding was crafted from local trees. “Chief Cliff” stone, quarried in the region, is featured extensively throughout the landscape.